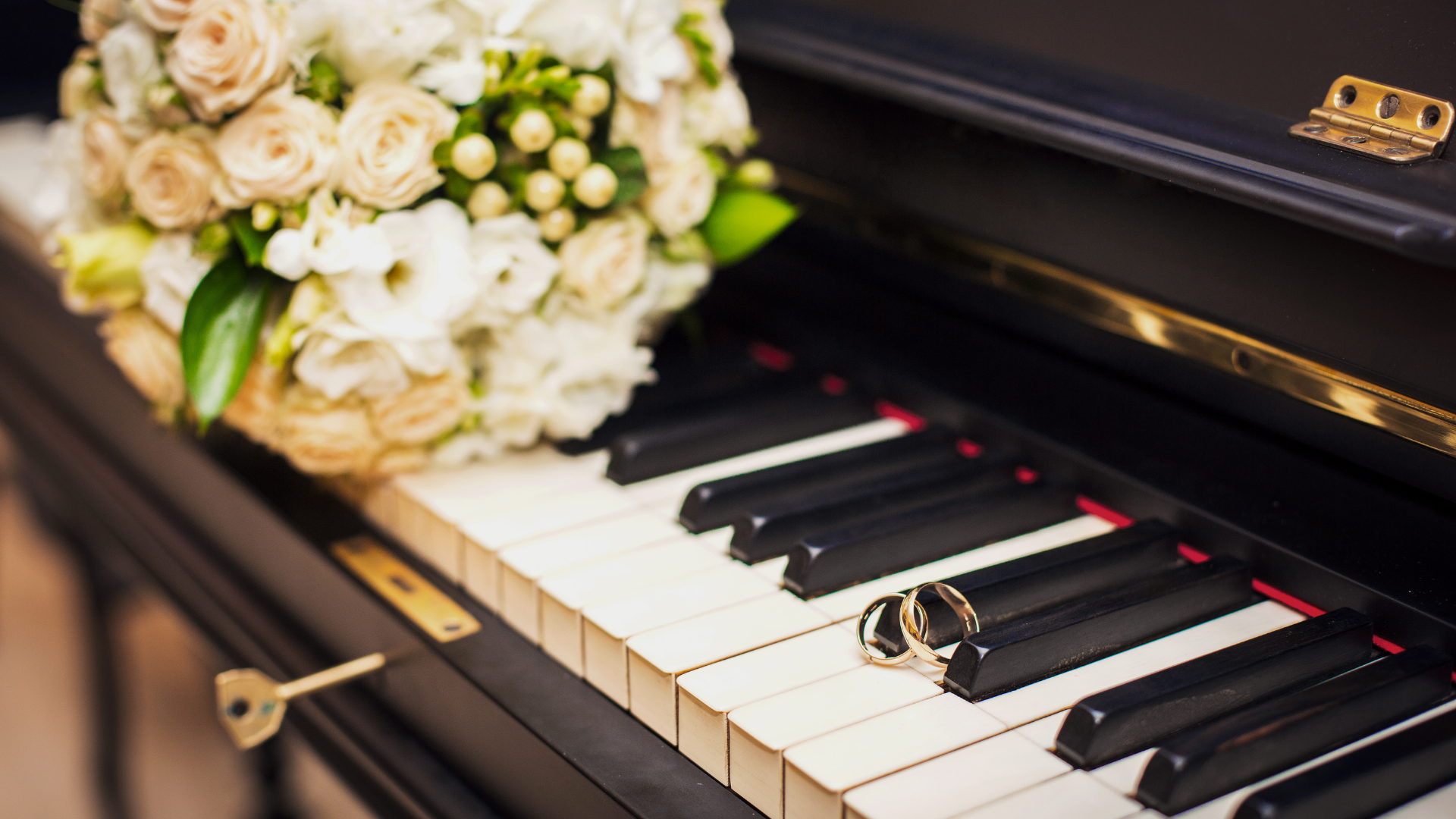 When it comes to what music to choose for a wedding, certain tunes have become associated with such events. There is no getting around the use of Mendelssohn’s ‘Wedding March’ that is played as the bride, dressed in white, is led into the church, usually by her father. This piece of music, often termed ‘The Bridal March’ was first performed in Potsdam in 1842 and formed part of Mendelssohn’s incidental music from Shakespeare’s play A Midsummer Night’s Dream. So, there is a long history to the tune, and it has since become something of a must-include to retain tradition.

However, with a wedding reception or after-party, we have much more flexibility as to the pieces of music we can choose. This article will therefore study some of the popular selections, past and present, that are considered good wedding music. So, if you are planning your own or a friend’s/family member’s wedding, then be sure to pick the best ones that you like from the list below and hand it over to the wedding DJ you hire. If they know your selections beforehand, they can play the music you want during all the right moments.

This seems an odd choice perhaps as a bride is dressed in white for the church service, at least. However, it is still heard at many a UK wedding, after-party, or civil ceremony.

The song was first released in 1986 by Irish singer-songwriter Chris De Burgh and considered something of a romantic number to dance to. This would explain its inclusion at weddings.

Historically, The Lady in Red is a ghost. She has allegedly been spotted haunting Wrexham Hall in Chesterfield, Virginia. The ghostly figure is believed to be Susannah Walthall, who was the daughter of the original proprietor that died. She was reputedly struck by lightning and killed at the age of 25 while sanding in her red dress on the balcony of the hotel. So, it is a sad story, but a beautiful song with a poignant message.

I remember this used to be played on the radio as the wedding announcements were being made. The popularity of French pianist Richard Clayderman’s hit ‘Ballade pour Adeline’ can be linked to it being an instrumental and the fact that the piano is considered a romantic instrument when played so softly.

This tune dates to before ‘Lady in Red’ and 1977. It was a special year as it was the UK Queen’s Silver Jubilee. The tune was played by Richard Clayderman but composed by Paul de Senneville as a tribute to his newborn daughter, Adeline.

There is no doubt that it is Richard Clayderman’s signature hit. Its popularity is indisputable as sales have now reached 22 million copies throughout 38 countries.

‘Conversations in the Dark’, John Legend

The most popular wedding track right now is John Legend’s ‘Conversations in the Dark’. This was first released in 2020, so fairly recent. Couples getting married have to decide whether to please the younger or older guests with their choices.

‘Conversations in the Dark’ was written and performed by John Legend. In terms of its style, you would describe it as R&B/Soul. This makes it completely different from the above tunes which can be defined as pop/ballad and ballad/instrumental. Times have moved on, though. Also, it will be the unmistakable voice of John Legend that adds to the popularity of the song at weddings. It is a singing voice that appeals to many different types of people. Also, some people prefer to listen to hits they can sing to, and this is one of those.

So, right up to date, these are the songs that are being chosen at weddings these days. Some of the old tunes are still chosen just as the new and latest ones from the pop charts are selected. It pays for those who arrange weddings to know of these tunes as well as keeping up to date with modern hits. Choosing popular tunes will be all about satisfying the greatest number of guests at a wedding, as well as the bride and groom and their parents, who will make the final music selections.

This site uses Akismet to reduce spam. Learn how your comment data is processed.

Hiii! I'm Roberta, a woman in her early thirties who has learned a lot through the college of life. My passions include animals, cooking, housekeeping and, perhaps surprisingly, technology!